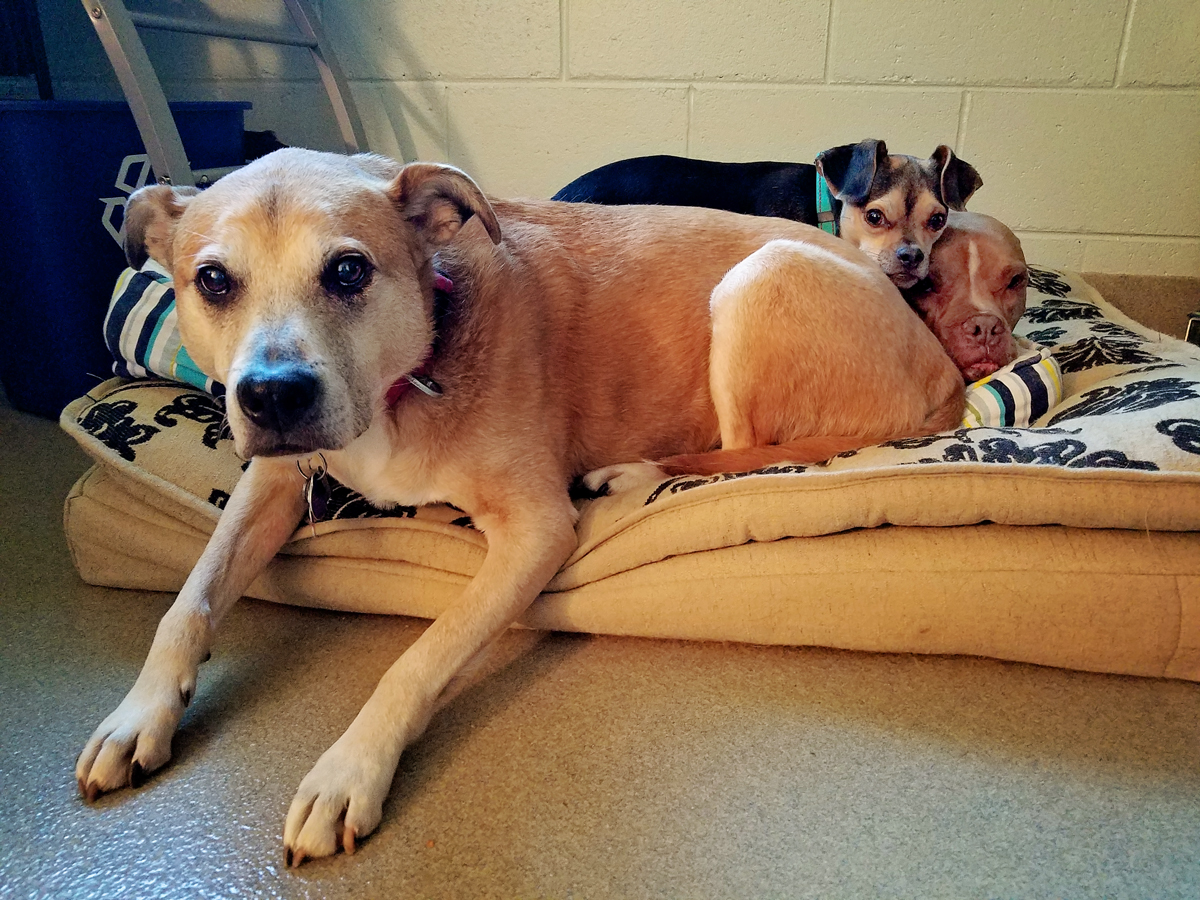 In late 2015, the Fredericksburg SPCA abolished the use of breed labels and instead we started matching animal personalities with the personalities of potential adopters. What have we seen as a result? A steady drop in owner return rates year after year.

There were many factors that went into the decision to highlight the animal’s personality versus breed. The following article will recount a personal experience that led to my shift in perspective, as well as a few studies which helped drive the point home for me.

I have always had a very active lifestyle and in college I was a prolific outdoors(wo)man. I loved hiking and was always in the woods meeting other dog owners and adventurers.  Around Junior year, I decided that it was time to add a pack member and I headed to my local animal shelter in Farmville, Virginia. The dogs were all labeled by breed and so I used what little knowledge I had to make a good decision about which dog would be the best fit for me.

I landed on a smallish “lab mix” whom I named Lexi. I thought, “Okay, a lab. They love adventure, water, new people, and new dogs!” Right? In Lexi’s case, the answer was a resounding no. I had to practically pull her across the creeks we encountered and she had no real interest in knowing anyone, animal or otherwise… besides me. Lexi and I had  many happy years together, however she wasn’t exactly the hiking companion I was hoping for.

In 2013, The Animal Farm Foundation released an article encouraging animal shelters and rescues to drop labels and focus on the individual animal. For Example, instead of a Labrador Retriever, Buddy was labeled “a tennis ball loving water hound”. Sounds silly, maybe, but it was a very important switch in how things are done  in the animal welfare industry.

In this field you hear certain comments  pretty often. For me, it’s some iteration of: “A Boxer? I don’t know… they have SO MUCH ENERGY.” “A Chihuahua? I don’t know… they sure are nippy and yappy.”  My household it is anecdotal proof that a Boxer can be lazy and a Chihuahua can be downright precious.

It wouldn’t be an article about breed labels if I didn’t mention the elephant in the room: The “Pit Bull Terrier”. Ohhhh boy. You probably already know that this label  is used for a wide variety of dogs and that it’s not even technically a breed. Moreover, dogs are mislabeled consistently because humans are notoriously bad at guessing what a dog is mixed with. Check out the study done by Victoria L Voith PhD, DVM, DACVB on Visual vs DNA identification. She found, “For 14 of the dogs, fewer than 50% of the respondents visually identified breeds of dogs that matched DNA identification.” (Voith, Victoria L. (2012) Comparison of Visual and DNA Breed Identification of Dogs and Inter-Observer Reliability. American Journal of Sociological Research.)

Here at the Fredericksburg SPCA, we believe that every animal deserves an equal chance at finding their forever families. We believe that animals should be matched based on individual personality traits to ensure a meaningful and lasting bond. As we move forward into 2019 we will incorporate Matchmakers, a brand new department based solely on these beliefs. Instead of the physical features of an animal, we hope to see more permanent homes based on the factors that matter most.