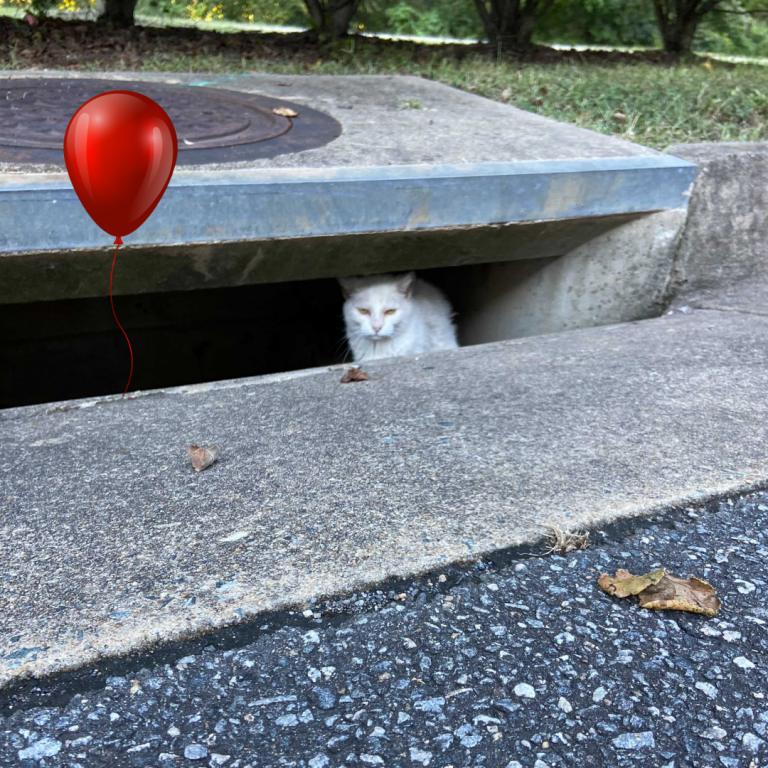 Spooky sewer cat, Penny, is wise beyond her years! This golden girl was being cared for by a good Samaritan, who says she had been outside since February of last year. The busy location and sewer which Penny found shelter inside of are treacherous and unsafe for a kitty!

The finder cared for her and spent a long time earning her trust, which paid off in the end. He reached out to the Fredericksburg SPCA when he was about to move away, asking if there was any way we could take Penny in. Since we do not have a street team to trap at-large animals, nor the facilities or resources to care for feral cats, the fact that this caring person spent so long socializing and earning Penny’s trust meant that he was able to capture her and we were able to intake her. His love quite literally saved her life because when Penny arrived at our doors it was apparent upon examination that she needed medical attention.

Team Fred SPCA went to work to help Penny right away. Her hair was matted from head to toe, which covered up massive amounts of fleas and debris within her fur. Staff spent hours gently brushing her, which Penny adored! If there’s one way to make this feline decide to spend time with you, it’s having a soft blanket and some brushie-brushie time! Excessive fleas can lead to anemia, and this underweight gal was lucky to be rid of them! Staff also worked on treating her ear mites and cleaning her ears out so she’d be more comfortable and bathed her twice to get the Eau de toilet water off of her from her sewer hotel.

Penny and her 4 remaining teeth are estimated to be around 8 years old. She’s excited for a happy ending to her long journey and has even found new and young love in long-haired house lion Angus. Penny seems to very much enjoy the company of Angus, and we think she would do well adopted alongside him or into a family with other felines! She adores a perch to look outside and monitor the birds, but is thankful to not be out there with them anymore! Penny is still being treated and evaluated by our team, so if you or someone you know is interested in her, please reach out to our Matchmaker team via Matchmakers@fredspca.org to discuss how to foster-to-adopt Penny! 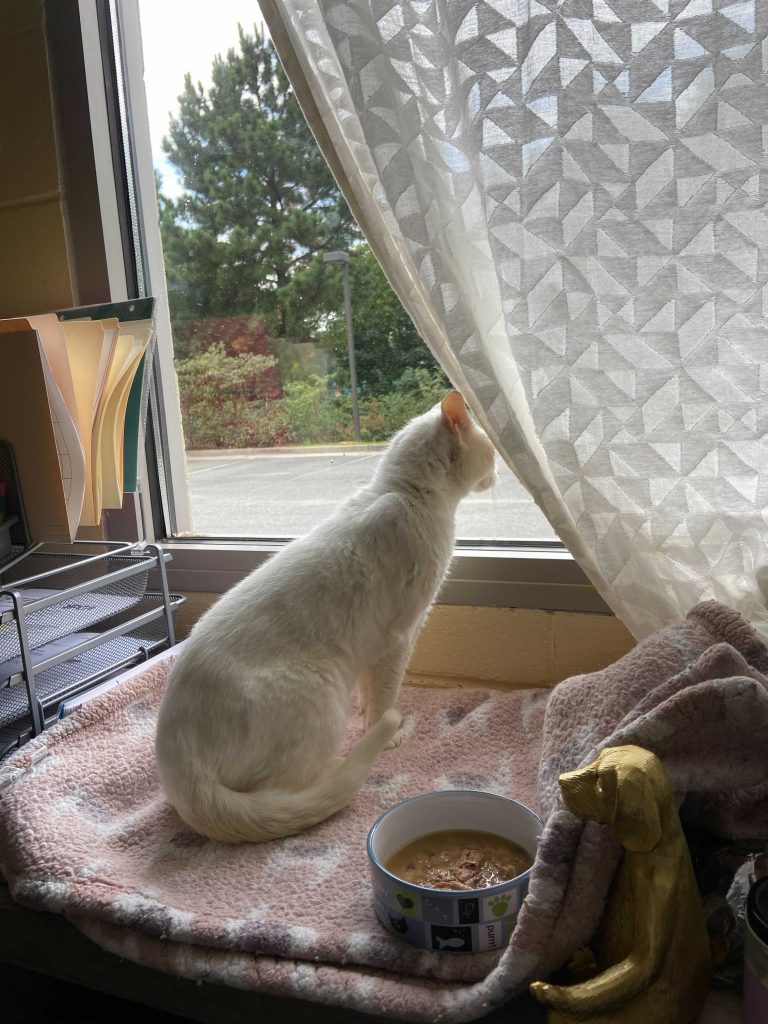 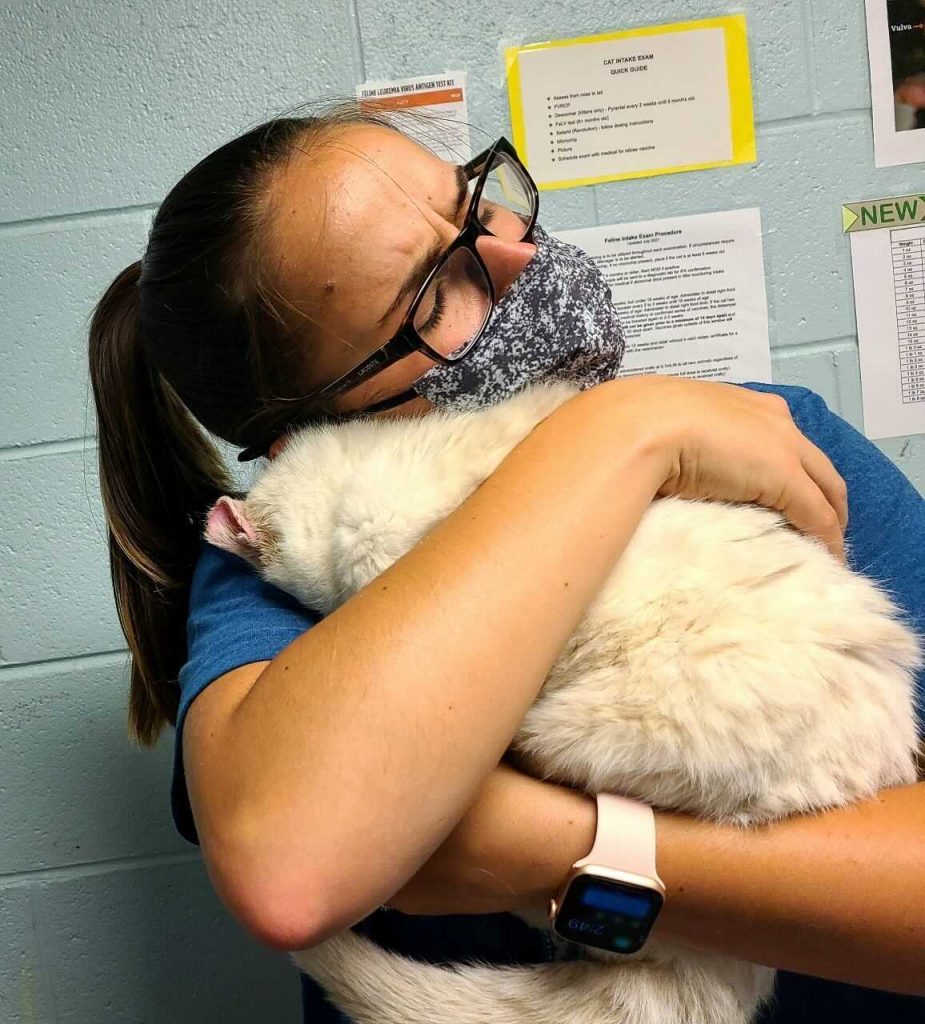 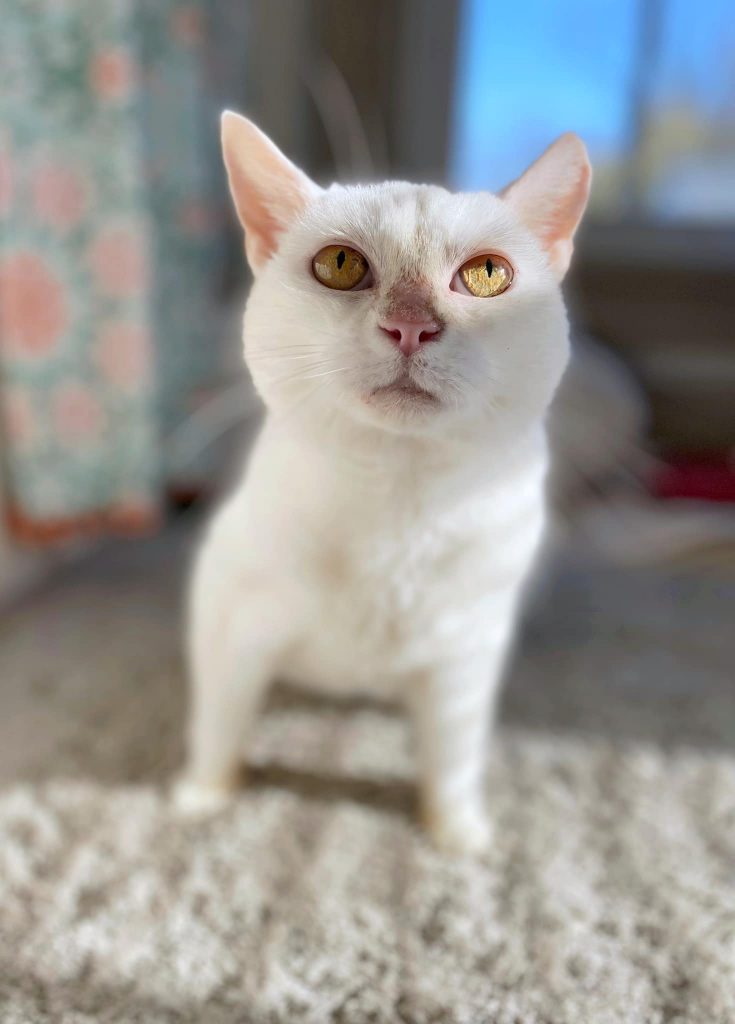 November 22 Update: It is with extraordinarily heavy hearts that we announce the unexpected passing of Penny. Penny came to us as “spooky sewer cat, Penny” and quickly retired that name as she showed us her softer side. On Friday, Penny’s breathing became labored, and upon running diagnostics, we found that she was suffering from end-stage heart disease. The fluid filling her chest made it hard for her lungs to function any longer, and our staff made the difficult decision to help Penny cross the Rainbow Bridge humanely. Our staff, volunteers, and especially Penny’s foster mom are devastated that Penny is no longer with us. We are extraordinarily grateful to the community who cared for her while she was homeless and brought her to us when they realized she needed help. Penny lived her last month in the softest, warmest, snuggliest beds, watching the outside world pass by with a sense of accomplishment. She had the loudest and most satisfying purrs whenever she received love, which she had an unlimited supply of in her foster home and at our offices. She never missed a meal or a chance to perch on the cat tree her foster mom bought just for her. Penny reminded us that love and compassion should always be at the forefront of our actions. It’s easy to get overwhelmed with a feeling of not doing enough, but Penny’s story proves that every kindness has an impact. While we did not get a long time with her, we appreciate being an important and comforting part of her journey. 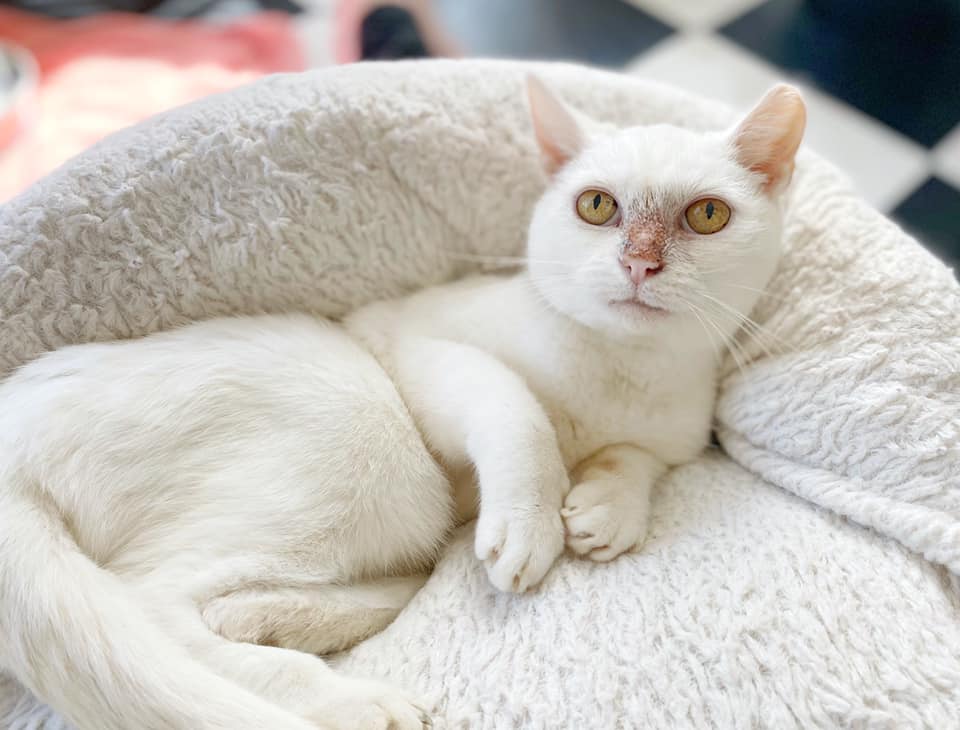 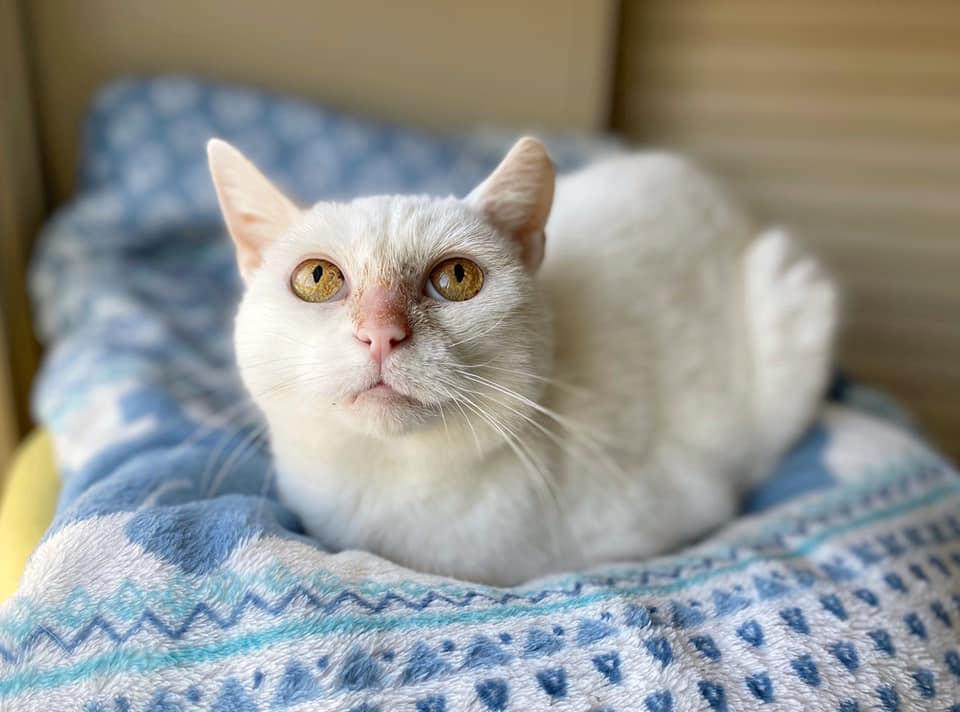