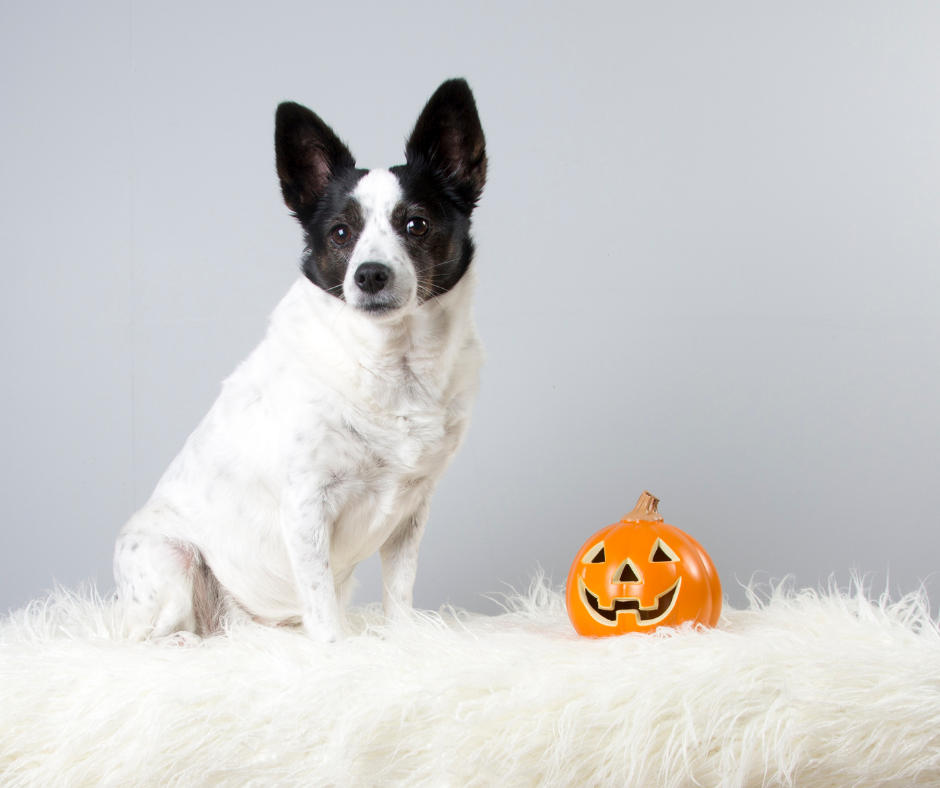 The first thing to do when beginning any kind of behavioral adjustment training is management. Keep your pet from “rehearsing” bad behavior by not allowing him to, so that the behavior does not become deeply rooted in their psychology, making it much harder to adjust. For example, if he barks at strangers at the window, keep the windows closed. If he is possessive of food, feed him in his kennel or in a separate area. If he is leash reactive, walk him in an area where there are no dogs/people. Every time he is allowed to practice the undesired behavior, he will become better at it.

This is especially important this month, as Halloween is approaching! Make sure you bring your dogs in on Halloween! All of the kiddos coming and going will certainly “train” your dog to bark at strangers if he doesn’t already!

Also, I’m sorry to have to say, but it is very unnatural for dogs to wear clothing and shoes (unless they have been trained to do so), and anything unnatural to an animal can cause a great deal of stress. So even if your dog doesn’t show that he’s stressed if you put him in a costume… he probably is!

P.S. – when you’re done carving your pumpkins, throw the guts to your dog! Pumpkin is a great snack for dogs.